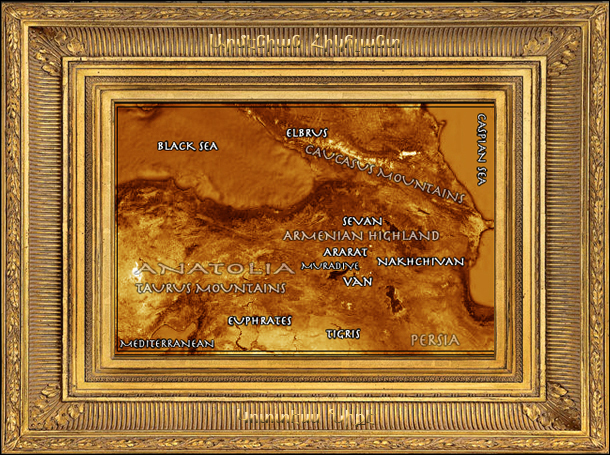 It is thus explained:

Nike's paternal grandfather is Krios ('Ram' or 'Master'), the Titan, who was one of the five brothers that conspired to dethrone their father Ouranos (Father Sky). Four of the brothers became pillars (mountains) at the corners of the earth to hold down Ouranos so that Kronos, their youngest brother, could castrate Ouranos with a sickle specially forged deep within Gaia (Mother Earth). Krios (also known as 'Kristos', the Anointed) became the Eastern mountain that is now known as Mount Ararat, or specifically the Greater Ararat.

Nike's paternal grandmother was Eurybia ('Good growth'), the Daughter of the Seas, and she is the modern day River Euphrates ('Good growth' equated to fertility). The great Euphrates' chief source is located in the Armenian Highland, at the foot of the Greater Ararat.

Here then is where Eurybia and Krios joined together and brought forth three sons. Their first born son was shot up into the sky, high above the Armenian plateau; he became Astraios ('Starry One'). Their second born reached up to the sky to his elder brother; Pallas ('Spearholder'), with the warrior-like temperament, stands tall as the Lesser Ararat and is shaped like a brandished spear. Their last child was born downstream in the sandy plains; a mighty child by the name of Perses, who became the seed from which emerged the Persian race of men.

On one ocassion, Pallas also enjoyed the intimate company of Metis ('Insightful Thought', Oileis' sister) and fathered Athena ('Perceptive') on her. This accounts for the local name of Mount Ararat; Massis, which comes from Metis and commemorates this coming together. Metis is a small stream that flows between Greater and Lesser Ararat.

Nike’s mother is Oileis. She is popularly known as 'Styx' since the Zeus gave her the name after the events that are told in the Nike Story and historians and poets like Hesiod and Homer spread it far and wide.

Oileis is an eminent dark river that leads to and circulates around Tartarus, an abyss below the underworld where those who are punished are said to reside. Tartarus is accessible via the Taurus mountain range, due southwest of Mount Ararat, and the famed source of the Tigris river. Toros, as it is locally known, is renowned for its caves and underground river system. However, Oileis is deeper than that underground river system and she is not a river of water; rather she flows with oil and she is the source of the oil deposits found in the terrains across the world and in particular those coming down from the Mountain range of Taurus such as in modern day Iraq, Iran and Saudi Arabia.

Oileis' mother is Tethys ('Mother of running water'), the River Titan, and she is the River Tigris ('Tiger' because the river's ripples and marks resembled the stripes of a tiger). Tethys married Okeanos ('Ocean'), the Ocean Titan, who is the Indian Ocean that connects to the Tigris via its Persian Gulf appendage.

Oileis married Pallas, and gave birth to Zelos, Nike, Kratos and Bia by his seed. Nike and these siblings of hers grew up in the region adjacent to Mount Ararat, now called Nakhchivan which also encapsulated the Syunik province.

Nakhchivan, in the local language, means 'the first place of descent' or 'Victory's abode' since ‘Nakh’ ('afore', ’first’, ‘victor’ or a name Nike ['Victory' in Greek] in Armenian) attached to 'ichivan' ('resting-place', 'abode' or 'domain'). Thus, whilst Nakhchivan is linked to the Biblical story of Noah and his family who are said to have descending Mount Ararat to settle there, as well as Deukalion and Pyrrha, it is primarily a reference to Nike and her siblings who descended their ancestoral peaks to reside there in their early childhood.

Oileis also self-conceived children: Fontes (Fountains, the eldest who is now called the Muradiye waterfalls) and Lacus (Lakes, including the twins now known as Lake Van and Lake Sevan, which flank Mount Ararat). She did this by separating any water in her dark blue and oily stream and pushing it to the surface.

Oileis, whose name means Divine Promise, was the first god to pledge allegiance to Zeus for the war against the Titans, which included her husband, Pallas. She also gave her children, Zelos, Nike, Kratos and Bia to Zeus in honour. She did all this on advice of her father, Okeanos. Zeus duly rewarded Oileis with many gifts and made her dark 'water' the 'water' of oath-taking that all gods and heroes had to swear by. The 'water' was not drunk but cupped and then poured back into the river. Oileis did not give Lacus and Fontes to Zeus for she wanted them to remain by Pallas’ side, as a sign of her true loyalty to her husband.

Many thanks to Google for their map service. 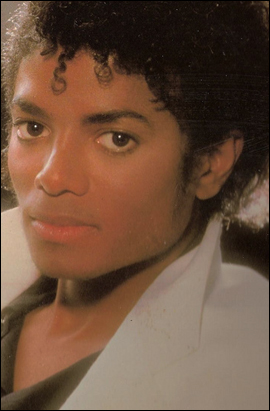 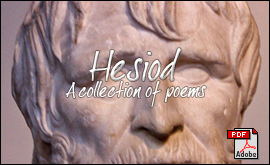