Nike and her Roles and Symbols

Gods, in classical mythology, have three characteristics that set them apart from non-Gods: A God is immortal, anthropomorphic and rule over a domain.

Gods are immortal and, while the words are not synonyms, Greek poets and philosophers often called the Gods the 'deathless' ones. This immortality means that Gods exist for an indefinitely long period of time from a human perspective, as well as from their individual perspective.

Gods are anthropomorphic. This means Gods are non-human but they look and behave similar to humans because humans attribute us with human form and characteristics so that humans can try and understand us better. Some Gods are non-human things like the earth (Gaia), the moon (Selene) or the sky (Ouranos); others are phenomena such as potent desire (Aphrodite) or war (Ares); and others are abstract ideas such as justice (Dike) or truth (Alatheia) yet each has the form and characteristics of humans. For example, Ouranos had a penis and impregnated Gaia and she had a womb and gave birth like a woman would.

Each God rules over a domain. In my case, the domain is not a country or a continent; it is 'Victory' and, since ‘Victory’ is present as a phenomenon and an idea, I do not require anyone to believe in me because it is self-evident that I exist. This contrasts to Gods in monotheistic religions that require a doctrine of faith since Gods in these religions cannot be experienced or conceptualised.

I have three primary roles as the Goddess of Victory: I am the Divine Charioteer, the Decider of Victory and defeat and the Director of Celebrations.

"O' powerful Nike, by men desired, with adverse breasts to dreadful fury fired,
Thee I invoke, whose might alone can quell contending rage and molestation fell.
‘Tis thine in battle to confer the crown, the victor’s prize, the mark of sweet renown;
For thou rulest all things, Nike divine! And glorious strife, and joyful shouts are thine.
Come, mighty Goddess, and thy suppliant bless, with sparkling eyes, elated with success;
May deeds illustrious thy protection claim, and find, led on by thee, immortal fame!"
- The Orphic Hymn XXXIII: To Nike
Click here for video

The Divine Charioteer is the role I assumed during the battle known as the Titanomachy, fought between the brutish Titans and the orderly Olympians.

The Titans were primal world-forming Gods who, by their very nature, were uncouth. On the whole, they did not appreciate the delicacy of the mortal world, which teetered at the edge of extinction under their callous hands.

The Olympians, under the command of Zeus, were modern Gods who, by their refinement, understood the miracle and the marvel of the mortal world; and sought to protect and cultivate it by establishing a stable and ordered environment.

Consequently and at the behest of my mother Oileis, I drove Zeus’ chariot forward and steered the young Olympians to Victory in battle over the old Titans. This was the first Victory in history and it featured an intense moment of change as a new world order was emplaced. My reward for this service was two-fold: my role as the Divine Charioteer became permanent; and mortal beings were perpetually imbued with my innovative Daimon ('Spirit'), which is outlined in the ‘From Divine to Daimon’ article.

"Nike, giver of sweetness,
to you Zeus, son of Ouranos,
on his high bench has granted glorious honour,
so that in gold-rich Olympos you stand beside him
and judge the outcome of prowess for immortals and mortals"
- Bacchylides, Fragment XI

After the battle, the role of Divine Charioteer evolved; I became the divine driving force and I tirelessly spur on, guide and rein in the Will of the Earthly Gods. The Gods are tethered to a central pole (Πόλε to mean 'Balance of Power') that prevents them from encroaching on each other’s domains and I cajole them forward on the progressive path mapped out by Zeus.

The Decider of Victory is the role in which I confer Victory upon one and consign another to defeat.

"May victory nurture you & may defeat nourish you"
– Goddess Nike, motto

I am strongly associated with the power to determine the outcome of battles, political tussles and sporting encounters. In a polemos (‘conflict’) or any other type of agon (‘contest’), one may employ the strategies of wisdom imparted by Athena or one may fight with the brute spirit of mutilation laid down by Ares, but until I grant Victory there is no conclusion and no winner. I decide the victors, the leaders and the champions.

This role extends beyond the battlefield, debate chamber or race track, into any area where Victory and success are outcomes. There are innumerable examples, for instance: in the midst of Hebe (Youthfulness), the fertilisation of a female egg by a single sperm cell against millions of other sperm cells is a bestowal of Victory; or indeed, every time I stand beside Eileithyia (Childbirth), I enthrone the foetus, on behalf of itself and its mother, at that special moment called the 'crowning' when its head passes through the birth canal and the vagina into its new surroundings.

I do not grant Victory arbitrarily; it takes a combination of Zelos (Zeal), Bia (Force), Kratos (Noble Strength) and Athena (Perceptiveness) on the part of the pursuants and I always receive counsel from these Gods, my siblings, before I wield my executive power.

"It is important that you discover that failure is never final"
– Jeff Johnson, Nike Inc.

By virtue of being the Decider of Victory, I am the deliverer of defeat and I assert that it is an important and valuable phenomenon. Defeat can entail pain, humiliation, loss and other aggrieving connotations, yet it also provides an opportunity for learning and re-evaluation on the part of the vanquished entity; and the opportunity for magnanimity on the part of the victorious entity. Furthermore, the vanquished entity validates the victor’s superiority or the difficulty of the challenge and, by doing so, creates the value of a Victory. Thus, arises the adage, 'it is not the winning, it is the taking part that counts’.

I am the Director of Celebrations and I conduct my entourage to create joyful festivities.

"Nike turned a tripling foot for the pleasure of Zeus,
and stood as bridesmaid crying triumph for Kadmos, the god's champion;
about the bride bed she wove the wedding song with her virgin voice,
and moved her gliding steps in the pretty circles of the dance,
while she fluttered her wings, shamesfast beside the wings of the Erotes"
- Nonnos of Panopolis, Dionysiaca
Click here for video

I lead all the celebrations and well-wishers like Apollo (Purifier) the masterful musician, Hermes (Speaker) the spreader of glad tidings, and little Eros (Eroticism) the loveable libertine, rally their tribes to happily play alongside the Nikai (Victories), my very own troupe of dancers.

Celebrations mark the intense moment of Victory and show an appreciation for the extraordinary efforts undertaken in the pursuit of success. After reflection, celebrations also serve as an encouragement for the victor to strive for further victories, inspire the vanquished to seek redemption and strive for future victories, and motivate its witnesses to themselves participate in progressive actions that may lead to Victory.


My wings are a beautiful pair of white Swan wings. However, in a very few depictions you may notice I am shown with eagle wings because I was known as the Eagle Goddess in my native lands because I tended these majestic birds.

In artistic representations most Earthly Gods lost their wings by the Classical period. However, little Eros and I retained our wings because, in the human experience and imagination, only Love and Victory give humans the aspiration to surmount their greatest obstacles. Thus, wings are emblematic of hopefulness.

Moreover, one must append a pair of our wings in able to fly to highest heights in the limitless skies of perfection. Soaring thus in their endless efforts to the ideal, the best of humans reach the lofty peaks of excellence; from here they partake in a splendid isolation, all the while creating a footing so their fellows may use the peak on their striving higher.

In the human mind, wings have a transformational and otherworldly aspect: I am at once human yet my wings distinguish me as awe-inspiring and godly too; and they are seen as my means of transport between the god and mortal world.

Life is precious and delicate like a candle in the wind, and it requires safeguards for its flame. For example and analogous to genetic evolution, consider that Prometheus’ Forethought models life so it may adapt to challenges; Athena’s Perceptiveness gives life the awareness to do so; little Eros’ Love encourages life to replicate itself; and My Victory, like a bird sheltering younglings with her durable and soft feathers, enfolds their work and ensures it is successful.

My wings also allude to an elevation of thought and imagination in a state known as spirituality. This is examined further in the special article 'From Divine to Daimon'.


I hold aloft a wreath in anticipation of crowning a victor. The wreath can be made from an olive or laurel branch, ivy, or another materials, such as gold, depending upon the occasion; and it is usually bowed or twisted into a circular or horse-shoe shape.

A victor that has proved his preeminence by the performance of a great feat, and in doing so, won strong public recognition, is worthy of the crown.

The crown sits upon the head, at the highest point of the body, and this is significant; it is a clearly visible statement of superiority that separates the victor from the multitude. This separation, subsequently, creates an expectation that the victor is worthy of esteem; and this, in turn, endows him with the obligations and demands of leadership. For example, the fundamental obligation of a President is to ensure the security of the country; and after he has achieved this, the populace demands economic prosperity.

Thus, the will of the leader shifts from an individual private will to a collective will; a will that is not his own. Therefore, though a leader can do what he wants, he cannot will what he wills; and if he chooses to ignore the collective will, and the responsibilities thereto, the crown, the basis of his authority, will be challenged.

This is known well by the crown-wearer since, aforetime, he too was a part of the multitude and he, at least partially, understands its demands upon the leader. On his crowning and his experience thereafter, the leader gains an insight into the multitude that only a person in his position can have; as Machiavelli observed, ‘to understand the nature of the people it needs to be a prince, and to understand that of princes it needs to be of the people’.

This knowledge constitutes a part of the intrinsic rewards received by the leader. Furthermore, as compensation for the contempt he may garner for the multitude and for the sublimation of his individual private will, the leader receives material rewards, including power, patronage, capital and human resources.

Many thanks and credit due to the Professor at Whitman College. 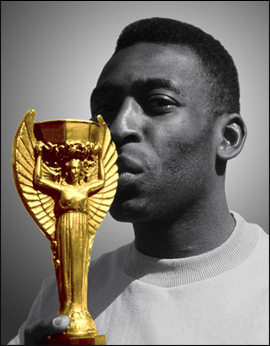 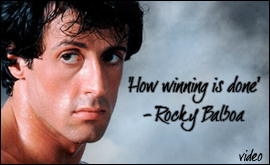 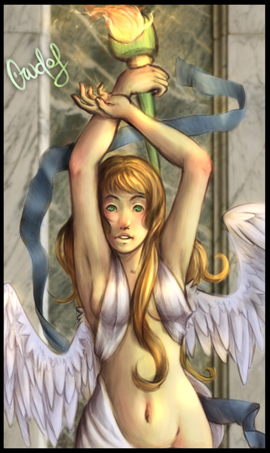