The Oracle of Nike at the Acropolis

The Latin word ‘ora’ is the plural of the word ‘os’, which means ‘passageway’ or ‘orifice’, and ‘os’ itself derives from a proto-Indo-European onomatopoeic word meaning both the aperture of a water spring and a passage between bodies of water, such as a waterfall or an estuary.

The ‘ora’ in our definition of ‘Oracle’ refers to a total of seven passageways, as follows:

- The three corporeal passageways that are the mouth that speaks, the oratorical orifice, the two ears that hear, the aural orifices, and the nose that breathes, the nasal orifice;

- And the spiritual passageway that is the mind that adjoins the body with the divine realm of the Gods.

The ‘-cle’ suffix means that the action and power of the ‘ora’ resides in the personage of the Oracle. 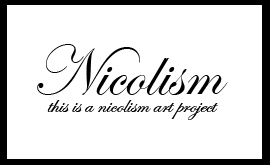